Getting to Know a Logician – Justin Perkins

Getting to Know a Logician – Justin Perkins

About “Getting to Know a Logician”: This monthly series is about the people who make up Contract Logix – aka Logicians. What is and why are we Logicians? Logix is in our name and our DNA. It means something and is important to us. Logic is the science of reasoning and relationships between ideas. A logician is an expert in or student of logic. They are active in the fields of math and science. Here at Contract Logix we believe data is your most valuable contract management asset and logic is key to transforming it into actionable business intelligence. That’s why we are Logicians!

Prior to joining Contract Logix in June of 2016, Justin Perkins held roles as a Quality Assurance Tester and then Marketing Sales Manager at Transparent Language. Most recently, he was a Sales Systems Support Specialist at Mimecast. Initially hired as a Presales Engineer, Justin has since moved to his current role of Solutions Engineer at Contract Logix.

While at the office, Justin enjoys showcasing our contract management software solution to procurement, legal, IT, and finance prospects. He likes being a good listener to understand their CLM needs and identifying ways Contract Logix can help address them. Moreover, having the opportunity to work with a host of great people such as Senior Sales Manager Dave Gott makes coming to work a true joy. Whether he’s demonstrating key product capabilities or answering questions about CLM best practices, Justin takes great pride in his ability to deliver value to his prospects and customers. 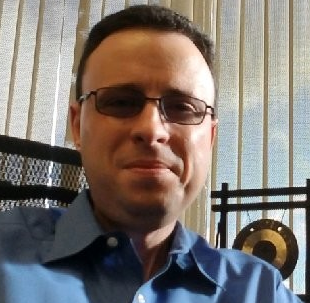 Justin’s favorite aspect of Contract Logix’s contract management solution is the ability to streamline and easily find everything in the system very quickly. “When you look at the amount of excel files people leverage and share around these days just moving everything into one core central contract repository is an amazingly important and powerful concept,” says Justin.

Justin recently spearheaded a major project within the organization to implement a new CRM/Marketing automation tool. Given a relatively short amount of time, Justin successfully learned, pivoted, and seamlessly implemented the new solution.

One of Justin’s fondest childhood memories is making silly movies (some over 3 hours long!) with his amazing friends growing up. Safe to say the Academy was once in the forefront of Justin’s mind. If ever given the chance, Justin would like to interview Winston Churchill and hear firsthand some of his truly amazing stories.

While not at the office, Justin enjoys jumping on the computer with friends to play random online games. He also really enjoys finding new recipes to cook for a big group of people such as family, friends, and coworkers (nobody’s gotten sick yet!).

A huge thank you to Justin Perkins on letting us get to know him better inside and outside of the office!

Want to learn more about Contract Logix? Schedule some time to talk with one of our experts.