68% of M&A sales processes failed in 2012. While 2013 saw the value of mergers and acquisitions in the U.S. rise to $1.1 trillion ($130 billion Verizon Wireless takeover and $24 billion Dell buyout), there were still many massive deals that didn’t materialize. For example, Cerberus Capital was unable to find a buyer for Freedom Group, and Snapchat brushed away takeover bids value at $3 billion from Facebook and $4 billion from Google.

It is widely believed that value leakage is a major cause for the failure of M&A transactions. Value leakage happens when there is a gap between what is offered and what is demanded. One of the common areas for value leakage is contract management, from both a sale (not having contract detail to hand) and an acquisition perspective (not understanding the contracts you are inheriting). In this article, we will take a look at how to prevent hidden value leakage in M&A transactions on both sides of the spectrum.

Not Having Contract Detail to Hand

There are certain assets, such as patents, trademarks, or trade secrets that may be not be available to prospective buyers. This makes the job of prospective sellers very difficult when dealing with value-oriented investors. These hidden values can be in the form of assets such as patents, trademarks, or undervalued real estate. Investors who are value-oriented will often try to identify a company’s hidden values.

A best practice in preventing the exclusion of critical values during negotiations is the Locked Box. This is an accounting mechanism used in legal agreements when a business is sold. The Locked Box approach does away with the requirement of preparation of completion accounts by both parties by providing the amounts of cash, debt, and working capital before the date of signing. To help you keep all required documentation stored in digital form and available to all appropriate stakeholders, you should choose the right contract management software. Look for one that has the ability to import electronic contracts of virtually any file type, route documents for approval to one or multiple parties simultaneously, and eliminate the time-consuming internal sign-off and initializing processes.

Allan Sloan explains this issue through the dilemma that Fiat Chrysler faces. By merging with Chrysler, Fiat assumed the responsibility for the shortfall in Chrysler’s pension funds. This is no small amount by any standards; in fact, between 2010 and 2013, Chrysler’s pensions shortfalls ranged from $4 to $8.9 billion! Now that Fiat owns 100% of Chrysler, all of the first’s assets are at risk to cover the $5.5 billion shortfalls, as of 2013 according to U.S. accounting standards.

While Fiat points out that “since the consolidation of Chrysler’s numbers [in 2011], Fiat’s balance sheet has included the pension obligation”, there is reason for concern. As Sloan points out, “the PBGC [Note from author: the Pension Benefit Guaranty Corporation protects the retirement incomes of more than 40 million American workers in more than 26,000 private-sector defined benefit pension plans.] has gotten increasingly aggressive when it comes to joint-and-several liability for non-U.S. companies owning U.S. businesses”.

This example with Fiat Chrysler highlights the potential problem of a company undervaluing liabilities on its balance sheet. Without the proper disclosure in a contract, even the most diligent accountant or lawyer may not have a full understanding of the M&A transaction. Given the variability of certain assets or liabilities, it’s important that your team has a pre-approved range for those items marked under a specific clause. It’s equally  important that your enterprise contract management system is capable of providing automated alerts when contracts are created with values outside of that range.

Value leakage is an area of opportunity for contract management. When buyers and sellers seek to create a more transparent environment of negotiations, the gap between what is offered and what is expected diminishes. This helps to increase the rate of success of M&A transactions. 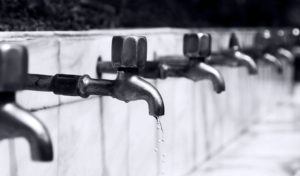