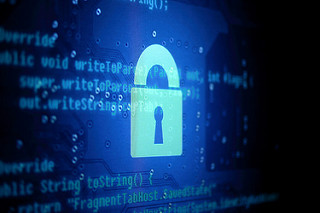 According to its latest study, the Association of Certified Fraud Examiners (ACFE) estimates that the typical organization loses 5% of revenues each year to fraud. What’s even more scary is that the median amount of time from when the fraud commenced until it was reported to the ACFE is about 18 months. In 2013, the median loss caused by the frauds in the ACFE’s annual survey was $145,000 and 22% of the cases involved losses of at least $1 million.

Founded in 1988 by Joseph T. Wells, CFE, CPA and former Federal Bureau of Investigation (FBI) Agent, the ACFE has become the world’s largest anti-fraud organization in the world. ACFE members in 125 countries have investigated million of cases of suspected criminal and civil fraud . The mission of the ACFE is to reduce the incidence of fraud and white-collar crime and to assist the membership in its detection and deterrence

The top prevention techniques suggested by ACFE have been consistent throughout the years and they are:

Let’s analyze each one of them.

Available internal controls are fundamental to uncovering the accounting fraud, because they help your contract managers spot issues early. The presence of internal audit controls can deter malicious internal and external parties from committing accounting fraud. However, as the stats from the ACFE suggest, in some instances, several months can go by until the fraud is detected and reported. Depending on your industry, it may be necessary to run audits on a quarterly or even monthly basis instead of just once a year.

This second criterion may not be applicable to all cases. For example, think about the 2002 accounting scandal of WorldCom in which execs inflated the company’s assets by around $12 billion dollars. On the one hand, upper managers such as Vinson and Normand, who performed several illegal accounting entries, were WorldCom veterans.  In the other hand, there were many subordinates who performed the illegal accounting entries on behalf of the upper managers (e.g. Vinson).  New-employee background checks may not catch all of the “bad apples” in your organization because those bad apples may be existing employes.

Still, it’s a useful prevention strategy against accounting fraud. According to the ACFE,  employees commit 42% of occupational frauds with a median loss of $75,000.

Often, an independent auditor has a responsibility to plan and perform the audit to obtain reasonable assurance about whether the financial statements are free of material misstatement, whether caused by error or fraud. When choosing auditors is a good idea to select one that doesn’t have prior accounting scandals.

Going back to the WorldCom example, Arthur Andersen was WorldCom’s external auditor and the company does not exist any more.  This was not the first time that Arthur Andersen had been involved in an accounting scandal.  The unethical actions of Waste Management were able through cozy deals with Arthur Andersen. According to reports from the ACFE, Waste Management’s execs capped Andersen’s audit fees and advised Andersen that the firm could earn additional fees through “special work.”  Andersen identified Waste Management’s improper accounting practices and quantified much of the impact of those practices on the company’s financial statements. According to the ACFE, WorldCom was considered the “flagship” and most “highly coveted” client of Arthur Andersen, so there is no reason doubt that both companies had a similar agreement as the one previously described in the Waste Management case.

Regular fraud substantive audits should be part of the contract lifecycle of your clients.

The fourth, established fraud policies and fifth criteria, willingness to punish, can be analyzed together because they are closely related.  When using these guidelines, a red flag may be the detachment between a legal department and corporate headquarters of an organization. In the case of WorldCom’s CEO, Bernie Ebbers, created a culture in which the legal function was less influential and less welcome that in a healthy corporate environment.

Once accounting fraud is detected in your contracts, it is important to report to the appropriate authorities and governing bodies as soon as possible. Remember that the median duration for the fraud cases reported to the ACFE was 18 months, so it’s important to act as quick as possible to lessen further losses and applicable penalties. Just like your organization should have established fraud policies, it should have established policies for reporting to authorities and governing bodies.

These 6 ACFE guidelines are useful to prevent accounting fraud in your contract management processes but aren’t a panacea. For example, while an independent audit committee may catch some financial shenanigans, it may be able to do very little time to truly challenge the alliance between greedy corporations and accounting firms.  If there is a partnership for wrongdoing at different levels, there is no stopping for corporate thievery. 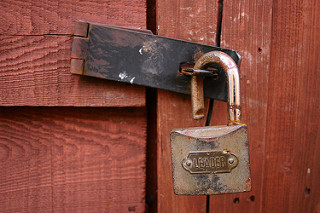