Getting to Know a Logician – Wayne Foster
Menu

Getting to Know a Logician – Wayne Foster

“Getting to Know a Logician” is a series is about the people who make up Contract Logix – aka Logicians. What is and why are we Logicians? Logix is in our name and our DNA. Logic is the science of reasoning and relationships between ideas. A logician is an expert in or student of logic. They are active in the fields of math and science. Here at Contract Logix we believe data is your most valuable contract management asset and logic is key to transforming it into actionable business intelligence. That’s why we are Logicians!

Wayne’s career at Contract Logix began back in April of 2017. Prior to joining Contract Logix, Wayne held numerous consulting and product management-related positions. He holds a BS in Imaging Science from the Rochester Institute of Technology and obtained his master’s degree from Boston College’s Wallace E. Carroll Graduate School of Management. As our Senior Director of Product Management, Wayne wears many hats but is primarily responsible for owning the development and communicating the long-term vision and goals that drive strategies for our contract management software offerings. Wayne guides cross-functional teams of customer success, engineers, developers and analysts while playing a key role in organizing and communicating their work across our organization.

A typical workday for Wayne begins by reviewing his email and metrics to see if there are key issues that need to be dealt with immediately. He holds a daily team stand-up to review what the Developers and QA are working on and if they are blocked on anything. His day may also involve meetings with our CTO or customers, testing the product, deploying builds, answering questions for CSMs or Sales, prioritizing items for upcoming releases and reviewing both customer tickets and feedback. Wayne’s day is action-packed, to say the least.

If he were to pick one, Wayne would say his favorite part of the Contract Logix platform is the way we handle data. Customers are all working contracts in different ways. Some are managing to specific dates, some may be worried about obligations and commitments, while others are concerned about contract risk and compliance. The product works the way they need it to work. The software makes complex links between data visible the way the customer wants to see it.

One of Wayne’s proudest moments while working for Contract Logix has been delivering the Premium CLM™ edition of the software. Wayne and his team re-built the software from the ground up to deliver a CLM solution that provides value across the entire contract lifecycle.

If ever given the opportunity, Wayne would love to interview Bill Gates. Bill has seen and contributed so much to the industry and can talk both technically and about business. Wayne would love to hear some of the stories he fails to mention in any of his standard interviews. A few of Wayne’s hobbies and interests outside of work include skiing and playing golf. He also enjoys photography. This includes taking pictures and working with pictures or scanning old family photos to share with others.

A huge thank you to Wayne Foster for letting us get to know him better both inside and outside of the office!

Interested in learning more about how contract management software can help your organization?  Schedule a call to discuss your needs. 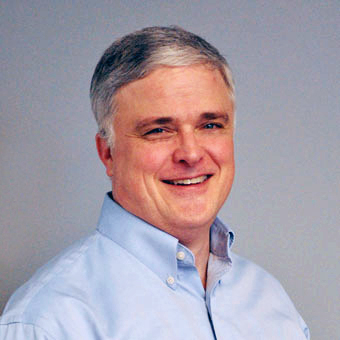