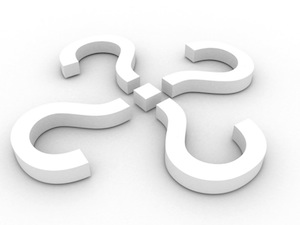 Even the most diligent people make mistakes, forget things, and overlook important details. This potential for human error is well-known in business planning, and to counter it, automation of routine business processes is often employed- ensuring that nothing falls through the cracks.

This is a critical cost-saving measure for enterprises to put in place, because lax human oversight of contract management can have serious financial consequences.

Such a case, on a large magnitude, has recently been in the news. A Washington Examiner article last month reported that: “Billions of dollars in Air Force projects may have cost more than they were worth, according to a report by the Inspector General for the Department of Defense. For almost half the projects the DOD IG reviewed, worth almost $9 billion, the Air Force didn’t properly enforce rules that keep contract expenses down. Project managers inconsistently followed the process for using cost-reimbursable contracts, which lack a fixed price.”

How could this happen? Overreliance on human oversight of processes that should be automated.

This is an important lesson. Small to medium-sized businesses obviously aren’t managing contracts on the scope of the Air Force, but unreliable contract management will almost always result in higher-than-necessary costs, no matter what the size of an enterprise.

Contract management software can play a vital role in keeping this from happening.

Contractors are also often overpaid due to an enterprise neglecting to collect discounts or penalties allowable under contract for some element of non-performance as defined by the contract. As with excess reimbursement claims, enterprise contract management software can flag these cost-savings opportunities and automatically adjust payment – eliminating the possibility that the savings will be missed.

Human error is not only a problem in enforcing contract terms; it also can diminish the effectiveness of the contract terms themselves in controlling costs.

In enterprises that are manually managing contracts with many vendors and suppliers, contract negotiations are frequently conducted by numerous personnel and contract approval processes aren’t centralized. Because they’re human, the people negotiating the contracts sometimes make mistakes in contract language (due to simple error or unawareness of the appropriate contract language) that result in substantial excess cost.

Enterprise contract management can prevent undesirable contract language from entering into contracts through several tools. Contract authoring features include pre-approved templates for various types of contracts, as well as libraries of pre-approved contract clauses. The software also automatically sends contracts to the necessary people for review and approval, flagging any contract that doesn’t comply with company policy for special approval.

In this way, an enterprise can ensure that a mistake by staff will be prevented or caught before it results in an unfavorable contract.