How to Prevent a Government Contract from Going Wrong 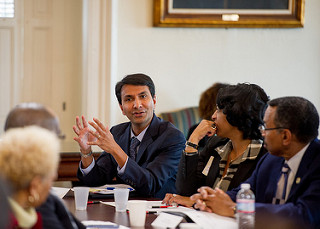 How to Prevent a Government Contract from Going Wrong

Unless you’re willingly taking on a government project on a volunteer basis for tax or charity purposes, don’t make the mistake of becoming a project volunteer. If you think that novice small business owners are the only ones that haven’t got paid for completed work for a government agency, think again.

However, talks between the contracting officer and Boing about a revised cost estimate (from $79 million to $155 million) never made it to writing form. This oversight created a big legal battle between ASBCA and Boeing that lasted close to 10 years.

The main lesson from Boeing’s struggle is that you need to carefully check any “Limitation of Funds” clause applicable to your government contract because it may put a hard ceiling in costs in excess of a contract ceiling. In simple words, you legally are still liable for work that you won’t get paid for.

Lockheed Martin had a $195 million payment withheld by the government due to company’s flaws in tracking costs and schedules for F-35 jet contracts.

While it is understandable that original cost estimates can be underestimated, it is important to be ready to explain why they were underestimated. The Defense Contract Management Agency had serious concerns about how project data was generated for Lockheed’s fighter jet programs.

Several cost logs were kept manually and project managers wouldn’t find have access to the latest cost data for several weeks, meaning that the project manager wouldn’t know if a project went over budget until it was too late. On top of that, additional overages would have already been incurred by the time any corrective action could be taken.

In 2011, the DoD established contract guidelines that require contractors to use electronic systems to keep track of costs, store contracts and contract-related documents, submit invoices, and complete other tasks related to any government contract.

This is why investing in contract management software is a smart decision because it shows that your enterprise is proactive in keeping the latest contract and project data and providing access to those items in real time.

Proper management of client relationships is critical to maintain a sustainable operation, particularly with government agencies. The competition for government contracts is intense and having to compete for a new contract is very hard. Savvy contract managers understand the importance of keeping existing clients and creating repeat business from them.

On the average, companies that focus in government contracting report a 30% win rate on proposals submitted in a competitive environment for new work. Therefore, it’s key to maintain a healthy contract relationship. Three useful strategies to prevent a government contract going wrong are avoiding to become a volunteer, meeting technology requirements set by government agencies, and maintaining good communication with contract officers.