Ask any contract manager, “What are the top three skills of a successful contract manager?”, and you’re bound to end up with negotiation skills as one of them. However, often too much time and money are wasted in negotiations. Regardless of the industry, organizations could be saving resources by handling contract negotiations more efficiently.

In an article from the International Association for Contract and Commercial Management (IACCM), Paul Golding, Director of TRG Law,  recommends creating standards for non-disclosure agreements (NDAs) to minimize the costs involved in getting them signed before you can start talking business.

While some contract managers will scoff at the idea of jumping into negotiations without absolute legal safeguards in place, all contract managers will agree that any NDA that scares away potential customers is a bad idea. Golding suggests an NDA template that doesn’t favor either party, omits provisions that aren’t absolutely essential (e.g. destruction of all copies), and does away with penalties that are so onerous they become deal breakers. Having access to a standard NDA in the library of a contract management system allows your sales staff to enter negotiations quickly and cost-effectively.

In Fisher and Ury’s best-selling book “Getting to Yes,” there is an anecdote about a spectator arriving to a tennis match that asks “who’s winning?” Focusing on that single question during your negotiations misses three important issues:

Picking every single battle and not budging even a bit for any issue is the surest way to reduce your chances of getting repeat business. Remember that effective client management is essential to keep a sustainable operation.  One of the top reasons why client defections occur is because of indifference by supplier.  Take the time to find out what truly matters to your client and allow the other side to have victories of its own.

Harvard business professor, James Sebenius specializes in analyzing and advising on complex negotiations.  In his book “3-D Negotiation: Powerful Tools to Change the Game in Your Most Important Deal,” he points out that any effective negotiation requires careful consideration of all players in a negotiation, including:

Defining a full all-party map as part of your contract lifecycle is a necessary step to foresee any potential obstacles and define points of contact in case those obstacles come up during negotiations.

4. Establish the BATNA of All Parties

Coined in 1981 by Roger Fishers and William Ury, BATNA stands for best alternative to a negotiated agreement. This term is a useful guideline for contract negotiation because it establishes thresholds in which better alternatives are available than continuing the negotiation.

While the benefit of defining your own BATNA is clear, finding out the BATNA of other parties may not be as clear. However, having an idea of the BATNA of the other party allows you to keep negotiations amicable and within guidelines that create value for both parties. Nobody likes to waste time and if you present options that are better than available alternatives to the other party, you’ll increase your chances of closing deals faster.

You can prevent common contract negotiation pitfalls by standardizing NDAs, not focusing only on “winning” every single aspect of a negotiation, creating an all-party map to a negotiation and establishing the BATNA for all parties involved in the negotiation. 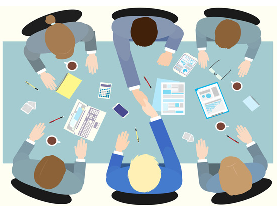