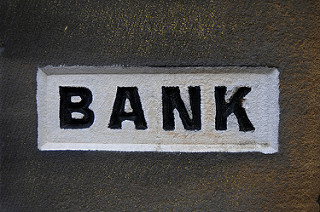 With the creation of an estimated 1.5 million deposit accounts and the submittal of more than 560,000 credit card applications without the authorization of clients, Wells Fargo became subject of the largest penalty the Consumer Financial Protection Bureau (CFPB) has ever issued: $100 million. This fine for the illegal practice of secretly opening unauthorized accounts is on top of the millions that Wells Fargo must repay to fraud victims (at least $2.5 million) and fines from other government agencies. Let’s review four lessons in contract management from the Wells Fargo Scandal.

Even though Wells Fargo is already subject of federal and congressional investigations, more and more government officials at the state and local levels want to probe the activities from bank executives and enact sanctions of their own. Officials from cities, including Seattle, Chicago, and Los Angeles, are looking to cease doing business with Wells Fargo.

Lesson: By proactively looking into meeting the rules or standards set by local regulators, your enterprise can be ready in case of probes by these authorities and build goodwill with those regulators.

Interpretations of best efforts clauses are likely to vary among states and cities across the United States. While having a template to expedite contract drafting is useful, a contract manager must also include localized clauses that address the unique regulation needs at the local level.

Lesson: Reviewing and localizing best efforts clauses should take part of compliance processes within your contract lifecycle. For more details, refer to An Overview of Best Efforts Clause Practices.

While value leakage is a problem most commonly associated with M&A transactions, it’s still a relevant issue in the Wells Fargo Scandal. According to the account from a former Wells Fargo employee, she claimed that the only way that employees could meet the sales goals to receive commissions was to game the system through the opening and closing of fake accounts. The whistleblower noticed a pattern of accounts being opened for clients without their consent and getting charged a series of fees, including annual fees and identity theft protection fees.

According to this former Wells Fargo employee, the opening and closing of 10 to 30 accounts for the same person should have raised several flags, but it didn’t.  One potential explanation is that the entire process was paper-based so there could have been a large gap until a supervisor noticed the strange activity.

Lesson: One way to catch such red flags earlier would be to set automated alerts that are triggered whenever activity happens outside of a pre-approved range. Depending on the degree of separation from pre-approved contract language, the alert would be sent to the appropriate team members for review.

Among the requirements from the CFPB to Wells Fargo is the employment of an independent consultant to perform a thorough review of the banks sales practices, procedures, and sales goal incentives. Without a doubt, the aggressive goal-setting created an atmosphere in which employees felt pressured to engage in unethical sales practices.

A total of 5,300 Wells Fargo employees were fired over the creation of 2 million phony accounts. Not only did this create a sense of uncertainty for those staying among Wells Fargo ranks, but also increased the cost of establishing new guidelines, training current and future employees in those guidelines, and enforcing those new guidelines. One cant but wonder what would have been the outcome if management had decided to reduce the aggressive sales goal incentives much earlier.

Lesson: Review current sales goal incentives and sales practice to determine whether or not they could be contributing to fraudulent activity by employees.

The Wells Fargo scandal is a developing story and we will learn more about it as more and more state and local government officials decide on their commercial relationship with the financial institution and additional pending lawsuits brought by consumers are settled. However, your enterprise can learn from these events and take proactive steps to address compliance, review best effort clauses, prevent value leakage, and review current sales goal incentives and sales practices.