5 Best Practices for Localizing Your Contracts 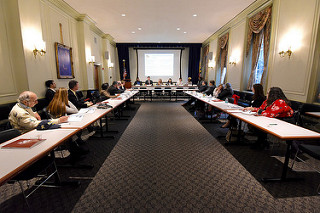 5 Best Practices for Localizing Your Contracts

As organizations expand beyond their state borders, new business opportunities appear and so does the need to take a second look at your contract templates and clauses. While a standard contract approved two years ago may still serve you well in the same state that your enterprise started in, the same template may not suitable for other jurisdictions. Let’s review some key areas to which you need to pay attention to when localizing your contracts.

While your enterprise may be well known for its speed in delivering contracts in your home state, some states may pose a major challenge. Take for example the housing industry. While the national average to obtain full permitting and entitlements for a housing project is 6.09 months for the 1996-2016 period, that time is stretched to 14.79 and 17.23 months in Ventura County, California and Honolulu County, Hawaii, respectively.

Consider the time to gather necessary government permits and industry licenses across states and make necessary adjustments to templates and clauses in your CLM software.

No matter how much time and effort you put into localizing clauses, all that hard work will go to waste when contract managers don’t consistently use those updated clauses. CLM software allows you to centralize control of your library of contract templates and clauses and make that library accessible in real time to all of your contract managers.

Don’t slow your business down due to contract documents being locked up in an office when an employee is out for vacation or inside a single computer at office headquarters. CLM software can be deployed in various ways, including software-as-a-service or on premise.

CLM software doesn’t just make contract templates and clauses accessible but also searchable, which is a best practice in contract management. According to the Aberdeen Group’s “Best-in-Class Performance in Contract Management”, best-in-class companies have more than 75% of their contracts in a searchable repository, compared to all other companies who have just about one third.

Being able to search for specific terms becomes handy to identify effects of changes in local legislation in real time. For example, searching for all documents that include the term “minimum pay for salaried federal employee” (or a variation of it) would allow a contract manager to quickly evaluate contracts that would be affected by changes in the Fair Labor Standards Act (FLSA).

Many state and local governments set a schedule for upcoming changes. For example, many cities have already set schedules to gradually increase the minimum wage to $15.00 per hour over the next few years. Instead of scrambling last minute to address those increases, you could set up automated email alerts in your CLM software to notify in advance the appropriate team members about those upcoming changes.

A robust CLM solution also allows you to customize CLM lifecycles with processes to review local contract templates and clauses as necessary.

By accounting by the potential extra time to obtain necessary government permits and industry licenses and refining best efforts clauses to local legislations, you’re taking important steps in localizing your contract templates and clauses. Leveraging CLM software drives up the use of those localized documents and lowers costs. The ability to access and search contract data is one of the many reasons why Goldman Sachs reported that companies using contract management software can reduce annual contract management expenses by 20% to 50%.