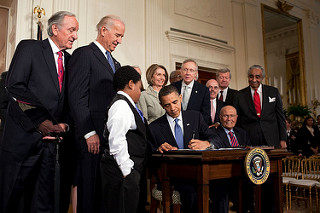 In 2014, President Obama signed a Presidential Memorandum to update regulations setting standards on minimum wage and overtime. Two years later, the Fair Labor Standards Act (FLSA) is now ready to become effective on December 1, 2016, setting the minimum pay for salaried federal employees at $47,476, more than doubling the current threshold of $23,600.

Millions of Americans, including owners and managers of companies and nonprofits, will be affected by these updated policies. Let’s review the three key lessons from the effects of the FLSA starting December 2016.

Close to 60,000 employees in the state of Hawaii will be affected by the new FLSA standards starting December 2016. For example, Kamaaina Kids, a nonprofit in the education and childcare industry, employs 1,000 workers who will need to have an increase in their salaries to meet the new regulations. Bringing Kamaaina Kids up to standard would cost an estimated 10% of a half-million dollar payroll per pay period, according to Hawaii Business magazine.

How long would it take your enterprise to provide an accurate response of the effects of such an effect? Would you be able to have a snapshot of the number of contracts affected by a drastic price change in just a couple of minutes or would that take a couple of days? With a CLM software solution you have better chances of getting a fast and accurate response than with a paper-based contract management system.

While it may appear to some business owners that these federal payment guidelines appeared out of nowhere, keep in mind that these policies have been about two years in the making. However, these increases on the salary and compensation levels needed for Executive, Administrative and Professional workers will continue to automatically take place every three years beginning on January 1, 2020.

These means that all the organizations that are scrambling right now to meet the requirements of the new regulations will have to do so again every three years. A better approach would be to customize the contract lifecycle of affected contracts and include a contract process that starts a review process three to six months prior to the upcoming deadlines.

Leveraging contract management software, a contract manager can not only customize the contract lifecycle but also set automated email alerts that will alert the appropriate team member when the time to start the review is required. Such a strategy would prevent a last-minute rush to meet future salary increases, reduce the chance of subpar solutions, and increase compliance across your enterprise.

To meet the new salary and overtime guidelines of the FLSA, organizations (companies receiving $500,000 or more in annual revenue and engaging in interstate commerce) have the option to increase the wages of affected workers to meet the new threshold ($913 per week or $47,476 per year) or provide overtime pay for hours worked in excess of 40 per week. A third option to consider for organization is to move all employees to hourly pay and hire additional staff to make sure that no overtime hours are incurred at all.

Therefore, it’s critical for organizations to increase the visibility of the process to arrive at a decision for each employee and keep detailed documentation for future reference. This documentation will be critical at the upcoming revisions every three years starting 2020 and compliance audits by internal units or federal agencies.

Trying to do this on a paper-based system is a very daunting process, easily leading to errors. A better approach is to use a centralized CLM solution that would store all documents digitally and allows to search them using text. By keeping detailed records of processes, the time needed to bring another contract manager up to speed on the activities for the last couple of years is much shorter. This increases the productivity of your team and reduces friction when assigning accounts to new contract managers.

The upcoming changes in December 2016 from the FLSA will affect many organizations across the nation. This event is a great example of how CLM software can empower your organization to identify effects in real time, prepare for future updates, increase visibility of processes addressing updates, and keep detailed documentation.