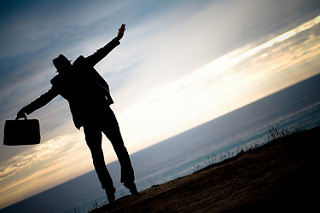 In a previous article, we reviewed some of the best practices to localize your contracts. However, it is one thing to cross state lines and quite another to pass through international customs. Several industries, such as retail, business services, and architecture, are experiencing an explosion of interest in international practice and savvy enterprises are extending their reach abroad.

For any enterprise pursuing international work, no area is more important than the formal agreement between the enterprise and its client. To help you make the leap across borders, let’s review key considerations in contract management when working abroad.

A key way for American companies to nail down contracts is to partner with a local business. And sometimes is the only way. It would have been impossible for French retailer Carrefour to enter the Chinese market without local partners; however, the success of Carrefour in China centered in choosing relatively passive local partners.

The company copied this model in other cities, always following a strict policy of not delegating management to local partners when setting up a joint venture. The company did encounter a few bad apples, but nevertheless the benefits of having local partners overshadowed the costs. And it was the only way to establish business in China.

At the beginning of China’s economic reforms, state-owned department stores, such as Dalian Dashang and Wangfujing dominated the Chinese retail industry and only in the late 1990s did supermarkets emerge. In July 1992, the State Council of China permitted the establishment of one or two retail Sino-foreign joint ventures (JV) in six business centers. In March 1993, the State Council allowed the establishment of pilot JV retailers in several designated cities, and this opened up a window of opportunity for foreign retailers, such as WalMart and Carrefour.

While the State Council tried to set strict restrictions to protect domestic retailers through the State Economic & Trade Commission (SETC) and the Ministry of Foreign Trade and Economic Cooperation (MOFTEC), local governments had a strong motivation for introducing foreign retailers for the sake of employment and taxation benefits.  Since it was calculated that a Carrefour China store could provide about 500 jobs, many local authorities circumvented legislation from the central government.

Carrefour China adapted very well to the deregulation of the Chinese retail industry and capitalized in the differences in law enforcement between the central, provincial, and local governments. Just like an enterprise would pay attention to the differences in interpretation of best efforts clauses in different state jurisdictions, the same enterprise has to pay attention to the potential differences of interpretation of clauses at the local, provincial or state, and federal levels of government.

The field of architecture is an important example of how liability can dramatically vary from country to country. For example, France and some nations in the Middle East have stringent “inherent defect” clauses (also known as “decennial liability” clauses) that date back to 10 years of project completion and are used in case of defects that compromise the stability or safety of a structure.

Thierry Paret of the The American Institute of Architects (AIA) points out another example in Qatar. He explains that a client in that region sought to include a clause for “liquidated damages”, which required that the architect forfeit a portion of his fee for delays.

Client expectations vary per region. “Sometimes you almost are afraid to sign the contract because you are responsible for everything under the sun,” warns Paret to architects and designers looking to work abroad.

Carrefour China has headquarters in France so it does most of its budgeting in both in euros and Chinese renminbi.  The appreciation or depreciation of the euro against the U.S. dollar worries European exporters about winning or losing ground to its U.S. counterparts, such as Walmart, in China.  When the euro appreciates against the renminbi, Carrefour China benefits as it gets more bang for every euro it invests. On the other hand, the Carrefour Group gets fewer euros back from its China operations.

Currently, Carrefour China conducts its foreign exchange transactions with a maturity of less than 18 months.  The firm keeps this strategy to allow enough flexibility to react to any potential changes in exchange rate policy, especially from China. Last time the Chinese government devaluated the renminbi, it did it with one swift movement. Carrefour China’s Government Public Affairs (GPA) department keeps good relations with the central government so that it has enough time to react accordingly.

By finding a local partner, navigating the different levels of government, paying close attention to clauses on liability and damages, and hedging against currency fluctuations, your enterprise is taking important steps in contract management when working abroad. Leveraging CLM software drives up the use of those customized contract management processes and lowers costs. The ability to access and search contract data is one of the many reasons why Goldman Sachs reported that companies using contract management software can reduce annual contract management expenses by 20% to 50%.