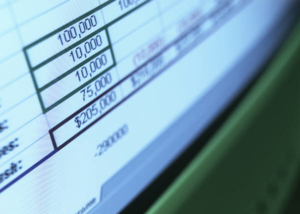 It doesn’t take a rocket scientist to use Excel or any other spreadsheet application, but even two Harvard professors weren’t able to catch a coding error in their spreadsheet completely that excluded data from their calculations. The error went unnoticed for years.

The only problem is that the professor’s paper, “Growth in Time of Debt,” has been cited by prominent academic and political figures, including Congressman Paul Ryan, against government spending even to revive the economy. From hardcoding a cell instead of transferring a formula to forgetting to include a parenthesis to hiding a row by accident, spreadsheets are just too prone to errors.

Not being able to catch errors in a timely fashion lessens your credibility in the eyes of your clients. It can take years to gain trust from a client but only one spreadsheet error to get you back to square one.

2. No Alerts About Extreme Values

Between April and May 2012, JP Morgan incurred large trading losses based on transactions initiated through its London Branch. The ill-fated $6 billion derivatives trading loss, better known as the “London Whale”, was caused mainly part by an employee that copied and pasted the wrong figures into an Excel spreadsheet, wreaking havoc to the firm’s risk models.

Without the help of a contract management system that can alert you when entered values fall outside of pre-approved ranges, you have to worry about each and everyone of those existing and new spreadsheets that your employees are using.

While most contract managers may be very diligent at processing their spreadsheet, it takes only one careless individual to launch a contract management system running on spreadsheets into despair. Those systems are an enormous grid of interconnected cells and nobody has the time to check every single one of them.

The Magellan Fund learned this lesson the hard way when a tax accountant required to transcribe the net realized loss from the fund’s financial records to a separate spreadsheet forgot to include the minus sign. The tax accountant’s error affected other spreadsheets, including the one that calculated the dividend estimate spreadsheet, causing a $2.6 billion error in calculations.

Your team members shouldn’t have to worry about the reliability of data to which they are referencing to in their contracts. Unlike a spreadsheet, a contract management system can centralized the database of contract templates and clauses so that employees are 100% certain that they’re using the right data at all times.

Can you guess what was the first step in a complex attack to the IT systems of major U.S. defense contractors, including Lockheed Martin, L-3, and Northrop Grumman?

It was an email containing a booby-trapped Excel spreadsheet.

With cybercrime robbing the world economy of about $450 billion every year, companies need to do everything in their power to protect themselves against threats from malicious hackers. According to the 2015 Verizon Data Breach Investigations Report, more than two-thirds of incidents that comprise the cyber-espionage pattern have featured phishing. And for good reason: 23% of recipients open phishing emails and 11% click on attachments, such as that booby-trapped Excel spreadsheet.

To remain competitive and increase the cyber security of their contract data, businesses need to use a robust enterprise contract management system that leverages virtual private network (VPN) and cloud-based technologies

A possibility that errors go unnoticed for a long time, lack of alerts when extreme values are entered, decentralization of key contract data, and increased security threat are just four of many of the disadvantages of using spreadsheets for contract management. By using a contract management system, you can only not overcome these challenges but also streamline your overall contract lifecycle.