What Contract Managers Can Learn from the FAA Privatization Proposal 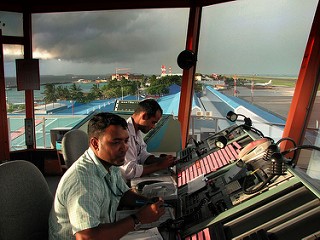 What Contract Managers Can Learn from the FAA Privatization Proposal

Contributing an estimated $1.5 trillion, the U.S. aviation system is an important driver of the U.S. economy. But the importance of the aviation industry goes beyond the dollar.  Every day about 70,000 flights take place in U.S. airspace, serving more than 928 million passengers in 2016 alone.

With such impressive statistics, the Federal Aviation Administration (FAA) would be expected to be an efficient organization in its mission to provide the safest, most efficient aerospace system in the world. However, the FAA continues to use the same technology used back when roughly only 100,000 Americans flew every year.

So, what’s keeping the FAA from becoming more efficient?

A Push for Privatization

At the core of the issue, the FAA’s ineffective contract management processes have hindered the agency’s efforts to keep pace with modern air traffic technologies. In a previous post, we discussed how the FAA would benefit from adopting similar paperless technologies as the ones from NAV CANADA, the agency regulating air traffic north of the U.S. border.

In an effort to address the FAA’s contract management inefficiencies, President Trump announced on June 5, 2017 a plan to privatize air traffic control. This push for privatization isn’t new, as Republican lawmakers had presented similar bills in previous years. In an effort to highlight the need for privatization, President Trump claimed that the Obama administration spent more than $7 billion trying to upgrade the FAA system.

Is Privatization the Solution?

While the FAA has plenty of opportunities for improvement, privatization may not be the panacea presented by the current administration.

First, there is a current plan in place that seems to be working. Introduced in January 2004 during the Bush administration as the Next Generation Air Transportation System (NextGen), this is the FAA’s current plan for a long-term air traffic control overhaul, to be completed in 2025. The $7 billion-plus figure cited by President Trump is actually the budget that NextGen received over fiscal years 2004-2016, according to the U.S. Government Accountability Office (GAO).

The GAO report makes two major points about NextGen in its report: the delivery date has been delayed from 2025 to 2030 and the FAA’s 2016 estimate of $15.1 billion in costs for the aviation industry is about $4 billion lower than its 2012 estimate. The report concludes that milestones have been met but there is still more time needed to experience the efficiencies of NextGen activities.

Second, there are concerns that, in an effort to increase profits, private airlines would be able to lower safety standards. For example, retired Capt. Chesley “Sully” Sullenberger (best known as the hero of the “Miracle on the Hudson”) points out that the current bill for privatization of the air control industry would expand the type of training that could be credited toward the mandated 1,500 hours.  He fears that watching videos in hotel ballrooms would count as part of that experience. Opponents of privatization share similar concerns that airlines would have a bigger say and push cost-reducing initiatives at the risk of passenger safety (think:  smaller cabin space).

The air control industry seems to be a victim of one of the greatest challenges in contract management: engaging external stakeholders. It is clear that the FAA needs to become better at presenting what has been achieved over time through NextGen. While it’s easy to get passionate at the mention of a “flight delay,” data from the Bureau of Transportation Statistics shows that 82.02% of flights arrived on time in 2016, up from 73.38% in 2008.

A major tech update is critical for the FAA. The transition from a paper-based system to a digital one will provide several benefits, including reduction of operational costs, increased visibility of processes, automation of processes, and improvement in documentation of processes. It would appear the current path set by NextGen is on course and it needs just a bit more time.