The Rise of the Supertemp 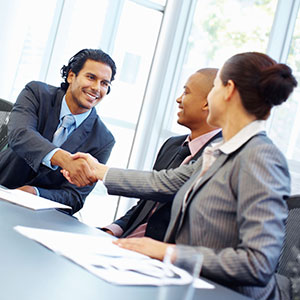 The Rise of the Supertemp

Harvard Business Review recently published an article, “The Rise of the Supertemp,” which focuses on the rise of an emerging class of high-skill professional workers who choose to work as independent contractors rather than traditional “permanent” employees.

The traditional employment model exists in large part because it has been cheaper for enterprises to keep talent in-house than to constantly hire it on the open market. But technological advances have lowered the cost of using skilled temporary workers, while technology has also played a role in the increasing desire among valuable professionals to work for themselves, resulting in enough supertemps to meet the growing demand.

“Today technology makes it easy to plug in, the corporate social contract guaranteeing job security and plush benefits is dead or dying, and 80-hour weeks are all too common in high-powered full-time jobs,” explains the HBR article, by Jody Greenstone Miller and Matt Miller.

Enabling Supertemps to Work on Contracts

As these temps-by-choice take on enterprise-critical tasks typically conducted by permanent employees — such as management, leading strategic initiatives, and guiding mergers or acquisitions — they necessarily must have access to at least some of a company’s contract data. The HBR article cites an example: a “Fortune 100 bank” that “asked supertemp lawyers to handle a series of national contract negotiations.”

For this reason, contract management software can be a valuable tool for enterprises that begin to transition work to supertemps. Because automated contract management ensures consistency in documentation and legal language, the supertemps are able to work with a company’s contracts more easily and with less chance of making mistakes. Also, the digitalization of contract data permits supertemps to work from anywhere at any time — which is one of the cost savings for temps that technology has ushered in. And, importantly, contract management software will allow an enterprise to effectively control the contracts that the supertemp has access to.

“Supertemp” is just a catchy term for “independent contractor.” And as such, they have contracts with the company for which they are working. Often, those contracts are with a third-party temp agency, but nonetheless there is a contractual relationship to be managed. Particularly if the contract has performance incentives, required deadlines, or other features beyond a basic fee, contract management software can do what it’s designed to do: manage supertemp contracts to maximize profit for the enterprise.

An automated contract management system can also provide data to analyze the efficacy of using supertemps. Such information is necessary moving forward as supertemp contracts are structured and negotiatedor shelved if performance is lacking.

The Future: Supertemps tied to CMS

“The Rise of the Supertemp” raises the possibility that the use of high-skill, high-value independent contractors will rise dramatically as technological, corporate, and individual wage-earner trends continue to converge. But that rapid increase in supertemps will hardly be possible without a corresponding use of contract management systems to facilitate supertemps’ work and to manage their contractual relations with the enterprise.