As we enter the last quarter of 2016, many enterprises are evaluating ways to improve their contract management processes.  While there are many ways to jumpstart your contract management, investing in a centralized CLM solution should become any enterprise’s new year resolution. With the proper solutions, businesses can save an estimated 20% or more per year, according to industry research. Among the top reasons for those savings is the improvement in contract processes due to better visibility of contracts. Let’s review some of the ways CLM software makes your contract processes more proactive.

Out of sight, out of mind. This is particularly true in paper-based contract management systems that store documents in physical form in some cabinet at your company headquarters.

Let’s imagine that you’re on the road and are three hours behind from your office’s schedule. It’s 4 p.m. on your location but it’s already 7 p.m. at headquarters. During a meeting with a potential new client, you’re in dire need of all contracts related to companies within the client’s industry in order to determine whether or not it’s ok to leave out a clause per the client’s request. The deadline to reach a decision is today and all of the people with access to the cabinet are already out for the day.

With CLM software, you could have gained access to the necessary documents on your own in real time and would have been able to make a more informed decision by the deadline.

In addition, you could have saved even more time by finding all relevant documents by searching for keywords related to the negotiation. A robust CLM solution doesn’t just store scanned copies of physical documents but also leverages OCR technology to make the document searchable through text. Instead of reviewing dozens of potential documents, you would focus on just the few that best match your queries.

One example of how this feature can make your contract processes more proactive is the schedule of upcoming minimum wage rate increases. Throughout the nation, many cities and states are increasing their minimum wage rates. For example, the City of San Francisco increased its minimum wage to $13.00 per hour on July 1, 2016, up from $12.25 per hour. Further minimum wage bumps are scheduled for July 1, 2017, July 1, 2018, and the July 1st of each following year. Some cities and states have implemented or will implement more than one increase per year. Through a “find and replace” command, a contract manager could update several contracts at the same time and save time.

Legislation constantly changes. Take for example the new overtime rules under the federal Fair Labor Standard Act (FLSA) that will take effect December 1, 2016. Under the FLSA, employers must meet or exceed an annual salary threshold of $47,476 for executive, administrative, and professional workers to exempt employees from overtime pay. Additionally, such thresholds will increase every three years from 2020 and on.

In order to smooth out on-boarding of new contract managers and bring attention to such contract details in advance, you can create parameter alerts for clauses triggering automated email alerts to the appropriate user(s).  Instead of reacting in the last minute to the legislation every time or, even worse, taking action only after a notice or fine from regulators, CLM software allows you to take corrective measures in advance year after year.

Such key details can make or break a business relationship. Forgetting one too many times about requests that are important to a client and you’ll create the impression that the contract manager isn’t providing quality service or paying attention to the contracts at all. Through CLM software, you can collect important data about the client and include reminders about the data in the dashboard of any user or use the data to tag applicable contracts or processes to customize a contract lifecycle based on that data. 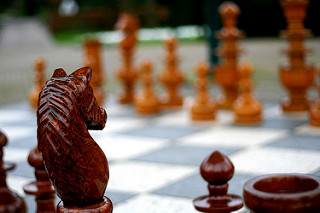