How to Prevent Payment Holds from Government Contracts 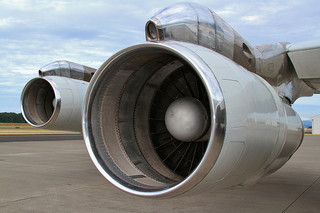 How to Prevent Payment Holds from Government Contracts

Throughout 2014, the U.S. government held contract payments for several of its contractors.

For example in March, the Pentagon withheld funds from United Technologies Corporation’s Pratt & Whitney unit because of delays in delivering engines for the F-35 due to quality flaws. Flaws on those same F-35 fighter jets were also the culprit for the delay in payment of $231 million to Lockheed Martin.

To prevent your business from landing on the black list of Uncle Sam, here are four tips to prevent contract payment holds from government projects.

When you’re billing over $5 million in airplane manufactures to the Department of Defense, you would expect to do so in a systematic and organized manner. However, this is not always the case as Boeing had to learn the hard way. Back in January 2014, the Pentagon held back $5.2 million in payments to Boeing after a crackdown on regulation that took effect in 2011 and required contractor to meet standards from internal reporting systems.

More specifically, the Pentagon requires its contractors to report in digital form their costs, schedules, and progress for multibillion-dollar contracts. After this crackdown, several units from Boeing have replaced manual systems for reporting costs with automatic ones.

The DoD has put Lockheed Martin under the microscope after the company failed to track schedules for F-35 jet contracts. Just like with cost reporting systems, schedule tracking systems need to be automated. The main reason for automated schedule tracking systems is that those systems make it easier to take snapshots of the projects at any time. This is not only useful for project management purposes but also for auditing purposes.

By accepting a DoD contract, a company is knowingly accepting to maintain a higher level of compliance. These types of contracts are not only under scrutiny from both parties involved in the contract, but also from the organizations that track how taxpayer dollars are spent.

The guidelines set in 2011 require contractors to use digital feedback to contract administrators, provide electronic document access, maintain an online repository of documents, and use secure web based systems for electronic invoicing, receipt, acceptance, property transfers, and miscellaneous payment.

Keeping manual track of so many systems can be an overwhelming task, especially if your team is spread out across the country. A contract management system can streamline the administration of a government contract by providing an overview of the entire contract writing process, a set of automated alerts for proactive action of processes, and an ability to create a digital repository of all documents related to a project.

Equally important as the three previous tips is the need to integrate compliance into every contract management process.

For example, Northrop Grumman got penalized by not complying with federal regulations restricting the types and amount of costs the company could charge to its federal contracts. This type of action could have been prevented through a contract management system that points out when contracts deviate from pre-approved language.

Another desirable feature from contract management systems is the ability to customize contract workflows with steps for compliance according to applicable regulations.

When processing a large amount of contracts, an automated system such as this one helps minimize instances that put your organization at risk being penalized by any government agency.