Are You Committing These 4 Contract Management Sins? 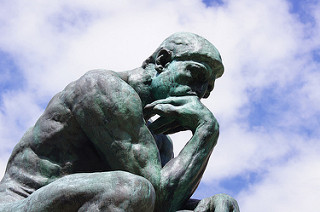 Are You Committing These 4 Contract Management Sins?

The field of contract management manages a delicate balance between cost reduction and compliance. While it’s true that as projects grow more complex, claims and disputes would also be on the rise; it’s also true that there are plenty of opportunities to redress the balance.

One of the key ways to resolve issues is to act proactively and promote a culture that aims to minimize future issues. Taking a cue from the idea of the seven deadly sins (also known as cardinal sins), here are four contract management sins that establish a useful framework on how to streamline contract management processes.

The second question shouldn’t require the contract manager to follow a massive web of interconnected spreadsheets. Even the most brilliant professionals are prone to make mistakes in manual processes involving spreadsheets as JP Morgan learned when it got fined $600 million. The truth is that Excel isn’t enough for contract management.

These two questions reveal the need for contract management software that is purpose-built to allow an employee to prevent a contract from getting into trouble. If she can’t take a look at the contract right away or have a snapshot of performance, how can she prevent a problem?

Of course, the second contract management sin is deeply connected with the first one. Unless a contract manager can have a clear picture of the lifecycle of all his accounts, he still can have the benefit of the doubt in that he “never saw it coming.”

However, the parties at the other end may not be so forgiving.  For example, the U.S. government withheld a $195 million payment from Lockheed Martin because the enterprise failed to track costs and schedules for F-35 jet contracts.  Instead of using a manual system, the proper use of a digital system would have allowed Lockheed Martin to avoid the delay in payment.  A contract management system can raise concerns though automated emails when contract language falls outside a predetermined range or though a dashboard that tracks selected KPIs.

Investing in a contract management system is good idea not only for enterprises with clients in the private sector but also in the public sector. For example, the Department of Defense updated its contract guidelines to require contractors to use electronic systems in several processes, including contract management.

This is by far the worst of all four contract management sins. Not only  may it damage a business relationship beyond repair, but also it may carry undesirable and costly legal consequences.

By using these four contract management sins as guidelines to model behavior in processes, your enterprise takes an important step towards streamlining its operations and minimizing claims and disputes from clients.