Contract Negotiations: How to Be More Strategic In Saying No 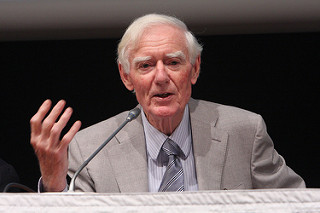 How to Be More Strategic In Saying No in Contract Negotiations

In the competitive environment of contract management, many individuals may feel that they have no other option than accepting suboptimal contracts and clauses. While saying no doesn’t come easy, it is an important part of effective contract negotiations that leads to better contracts. Let’s review how to be more strategic in saying no during negotiations so that you can be more selective about where to direct your energy.

Coined by Roger Fisher and William Ury in their 1981 bestseller “Getting to Yes: Negotiating Without Giving,” BATNA stands for “Best Alternative to a Negotiated Agreement.” Any successful negotiator seeks for points in leverage in negotiations and spends time in looking for alternatives in case negotiations were to fall apart or take too long.

Keep in mind that a BATNA is not a worst-case scenario because in such an event you don’t have any available options. The objective of keeping track of your BATNA is to avoid entering into an agreement that is considerably less satisfactory than you could obtain elsewhere.

When negotiating in different cultures, pay attention to the context of yes and no answers. Some cultures make extensive use of “no” as invitations to further discuss terms of an agreement. This is why some of your counterparts may be puzzled when you accept everything without question. Learning to make effective use of disagreement is essential to build rapport across different cultures.

Some contract managers feel that by saying no they may be perceived as uncommitted, lazy, or self-absorbed. The reality is that saying “yes” to everything may spread any manager too thin.

This is why some executives never say yes on a call. For example, Dharmesh Shah, Founder and CTO of Hubspot, has a strict policy of not committing to anything over the phone. Even though you may be introverted or non-confrontational, practice pushing back and saying “no” to gain back precious time for your schedule.

According to Atlassian, employees attend about 62 meetings every month and spend 31 hours in unproductive meetings over a month. A poorly planned meeting can be a roadblock for letting your team or that from the other party get work done.  Take a cue from Google’s Larry Page, who says no to meetings when there will be no decision makers present. Another example of the importance of saying no to meetings comes Facebook Co-founder Dustin Moskowitz. He sets up a “no meeting day” so that his team can have at least one workday to dedicate entirely to critical work. While Moskowitz includes some special exceptions to his rule, such as interviewing a key candidate for a position, he enforces “no meetings day” as much as possible.

Navigating the politics of saying no can be tricky, but even trickier when you disregard your company culture. Make sure to understand the appropriate channels to push back within and outside your company walls. Before saying no, have a clear idea of the repercussions of your decision so that you can contribute positively to the necessary next steps.

Additionally, learn the unspoken rules of your company’s culture and work on making it clear that you’re more discerning about your energy and time to procure a bigger payoff for the company. Seek seasoned contract managers to provide advice on how to shift gears to saying no successfully within your company.

When it comes to saying no, you may not have to reinvent the wheel. Document on your contract management system the instances in which you pushed back and the reason for your actions. By studying the outcome of past decisions, you’ll have useful data to back up future instances when you’ll need to say no. 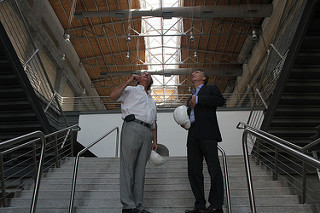